The city of Kharkiv is a large administrative center, the second largest city and the first capital of Ukraine. Kharkiv is located in the northeast of Ukraine. Its area is 370 km2.

Kharkiv is a multinational city, with representatives of 111 nationalities living here. 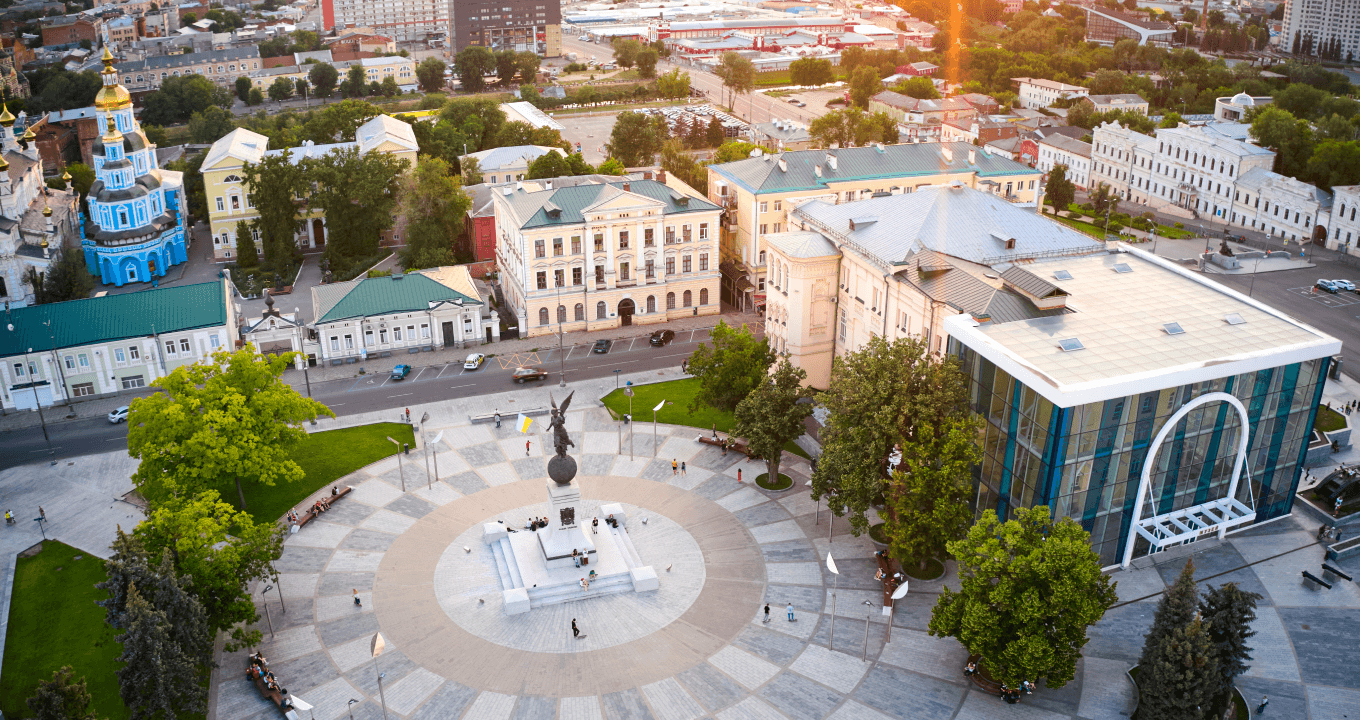 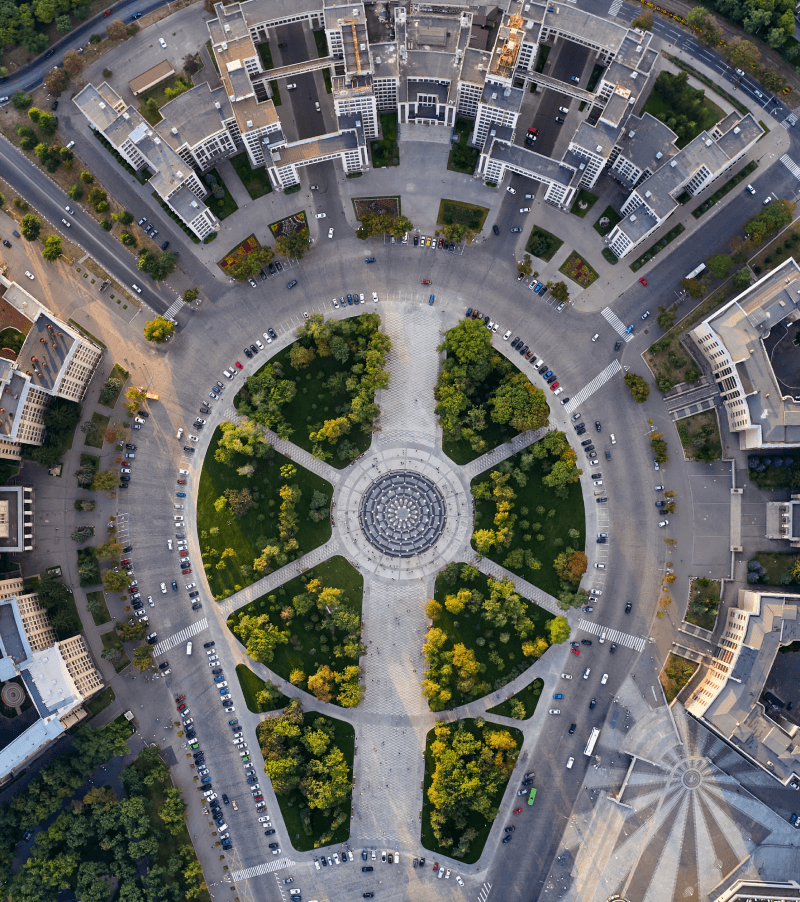 The city is constantly evolving and improving. Over the past few years, Kharkiv has embarked on the trajectory of continuous modernization. Roads, buildings, engineering and transport infrastructure are being modernized and refurbished. Targeted investments from the city and state budgets, as well as financial support from international partners enable extensive implementation of public-private partnership principles and growth of the volumes and scope of the projects implemented year after year.

Kharkiv is a significant scientific, cultural, industrial and transport center of Ukraine. It is a city of students and youth initiatives. The city center will endear the beholder with its ancient architecture, cathedrals and parks. 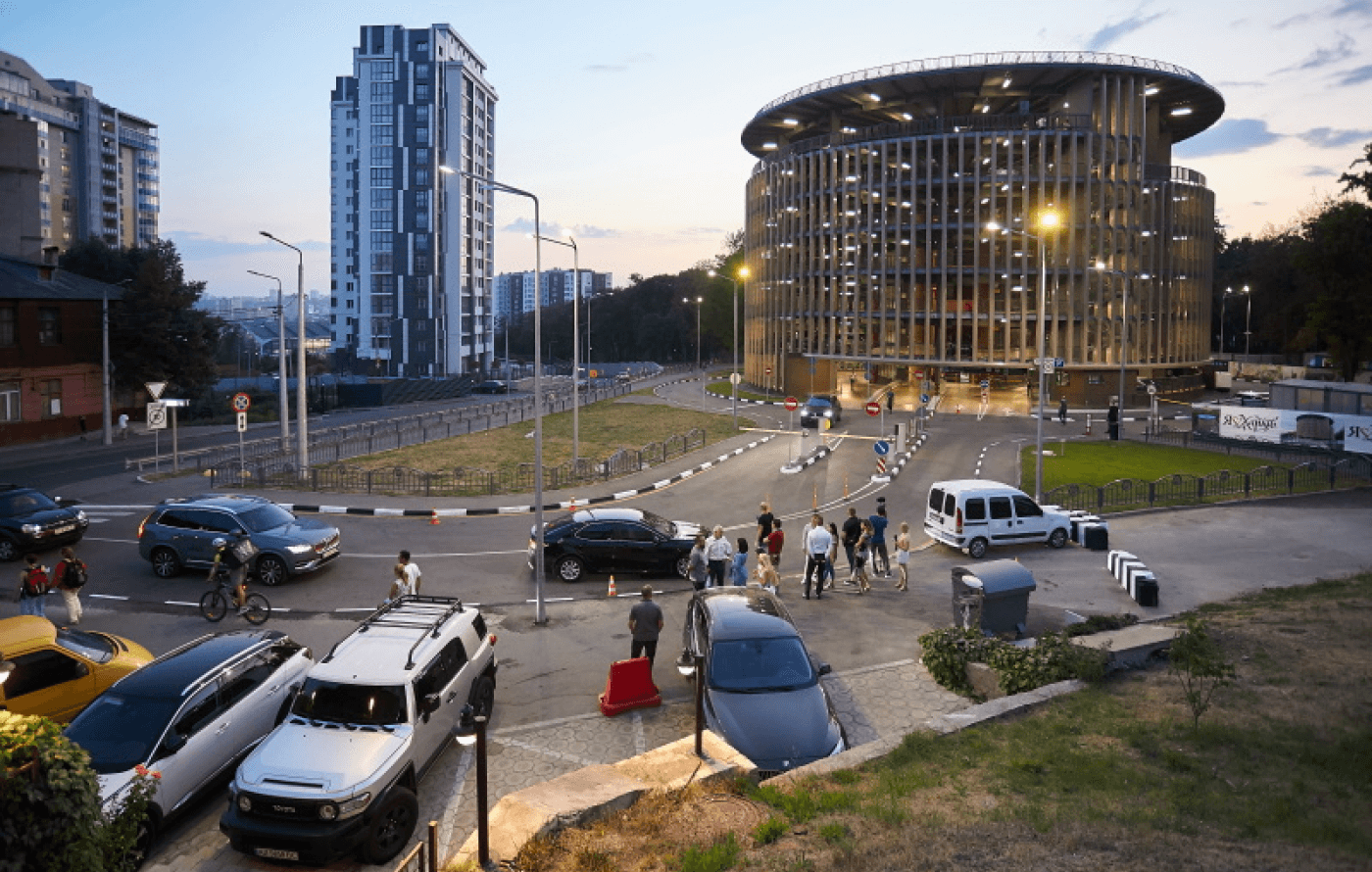 The city is a strong leader among the national exporters of high value-added goods. It is known as a center of industry, science and education, combination of which contributes to its further economic development. 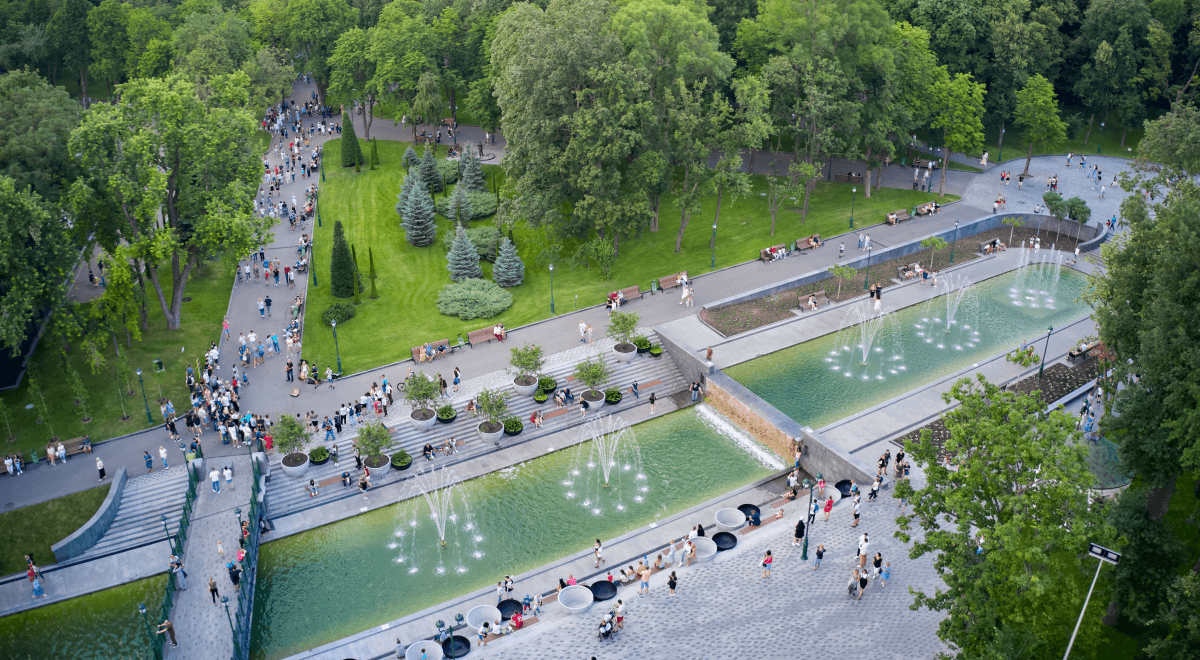 Kharkiv is a city that endears with its beauty, comfort and hospitality, a city where you are always welcomed with love and joy, a city to fall in love with at first sight!

Kharkiv is the administrative center of the historical and geographical region of Ukraine located in the northeastern part of Ukraine on the border of two landscape zones (forest-steppe and steppe) at the confluence of the Lopan, Udy and Kharkiv rivers.

Kharkiv stretches for 24 km from north to south and for 25 km from east to west, occupying the area of ​​about 306 km2. The city has more than 2,500 avenues, streets, lanes and squares. This is a very comfortable city with beautiful parks, squares, fountains.

Its convenient geographical location has enabled the city for centuries to expand its economic potential and develop a system of transport communications. Today, it is a very large transport hub, with important railways and highways leading to the ports of the Black, the Azov and the Baltic Seas, as well as to many large industrial centers outside Ukraine. The city has a modern international airport.

Connecting with numerous cities in Ukraine, the CIS and Europe

Kharkiv is a leading economic, political, social, scientific and cultural center of Ukraine. The city is dynamically evolving and improving. Roads, buildings, engineering and transport infrastructure are being modernized and refurbished to meet the European standards. Kharkiv City Council fruitfully cooperates with various international financial institutions and partners and implements city development projects to improve the comfort and quality of life of citizens. This is why Kharkiv has repeatedly topped European Cities and Regions of the Future ranking of fDi Magazine (a special division of the Financial Times) in the category “Large European Cities of the Future – Cost Effectiveness”. 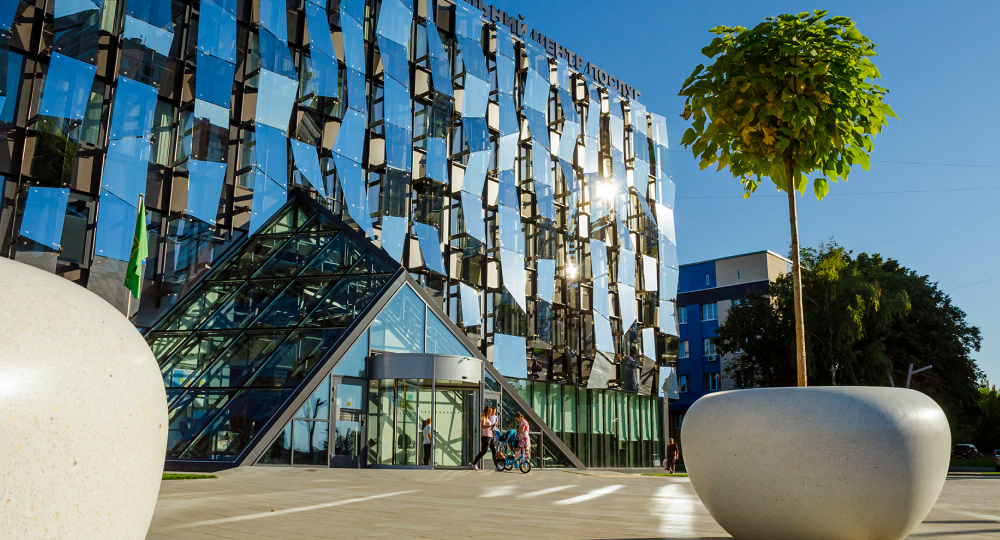 In 2020, Kharkiv ranked among the TOP-10 major European Cities of the Future for the effective strategy to attract foreign direct investment. Kharkiv’s international credit rankings repeatedly confirmed by such reputable rating agencies as Moody’s, Fitch and IBI-Rating National Agency with a Stable forecast are at the highest possible level considering that they cannot exceed the sovereign rating of Ukraine. High and good rankings reflect the city’s good economic and financial performance indicators.

In 2019, Kharkiv was recognized as the «Most Comfortable City for Living in Ukraine» at Kyiv Smart City Forum. 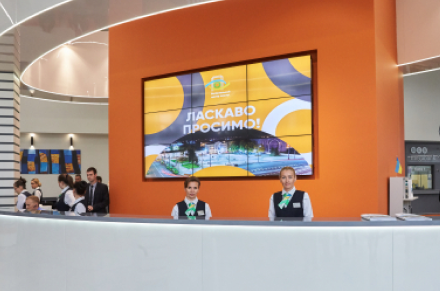 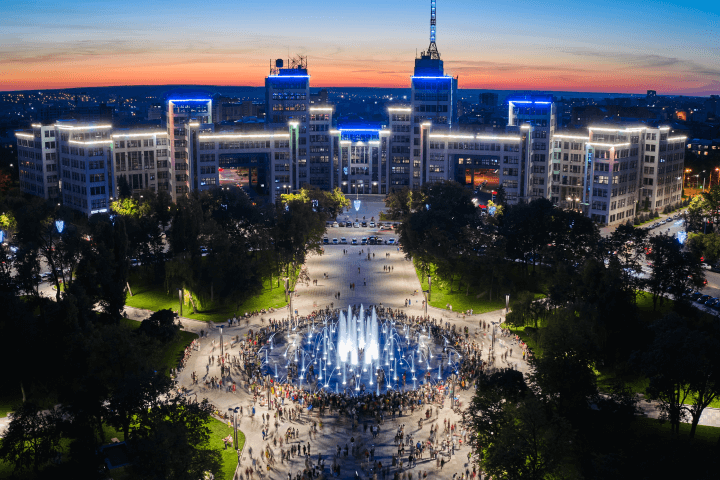 Kharkiv is actively developing programs to improve public transport, particularly that which will preserve the environment and be convenient and cost-effective for the residents.

The modern international airport and the developed railway network connect Kharkiv both with other cities of Ukraine and with many countries abroad. 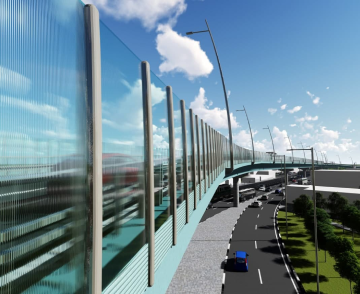 Kharkiv is a city with a highly developed infrastructure. Kharkiv is a major transport hub of international importance. Kharkiv has a wide network of public transport, which includes the metro, trolleybuses, trams, buses, and route taxis. To improve the transport infrastructure, the city is constantly renewing the bus, trolleybus and tram fleets, building new metro lines and developing new transport routes.

Kharkiv is implementing the Safe City program that, among other things, provides for traffic optimization, which includes installation of video surveillance cameras at traffic lights to monitor the traffic density and record license plates of vehicles. The city is working on creation of a single video surveillance system. Parking zones are being built, in particular in the very heart of the city, which are equipped with an electronic payment and parking system. 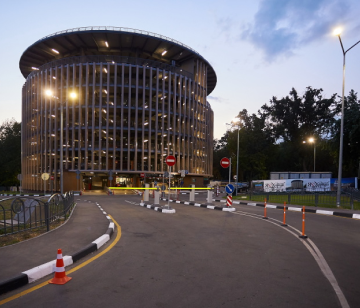 Kharkiv has been repeatedly recognized as the most comfortable city for living in Ukraine thanks to its developed infrastructure, high quality of municipal services, security and convenience of living. Kharkiv has many parks, fountains, playgrounds and recreation areas. In particular, the favorite places of Kharkiv residents are Taras Shevchenko Gardens, Sarzhyn Yar and Shatylivske Dzherelo as a real green oasis, Kharkiv embankment, Maksym Gorky Central Park of Culture and Leisure, the forest park with the children’s railway and many other places.

Powerful Educational and Scientific Base

Kharkiv is a leader in the availability and quality of higher education and is rightly considered the student capital of the country. In total, the city has about 70 institutions of higher education of various types and forms of ownership and levels of accreditation. Every year, at least two universities of the city take honorable places in the QS World University Rankings, a recognized ranking of the best universities in the world. The city is also considered a most attractive one for international students. 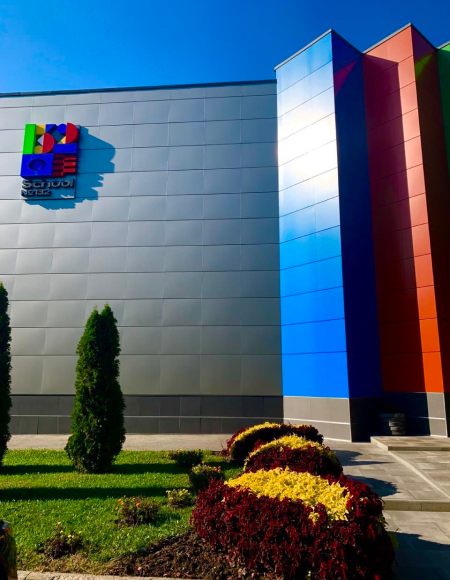 Kharkiv is a city where three Nobel Prize winners studied and worked, namely: biologist Illya Mechnikov, physicist Leo Landau, economist Simon Kuznets. It is here that the atom was fissioned for the first time and the legendary T-34 tank was designed. It is a scientific and industrial center of Ukraine that can boast having more than 100 research institutes and an astronomical observatory, which conducts basic and applied research in astrophysics. 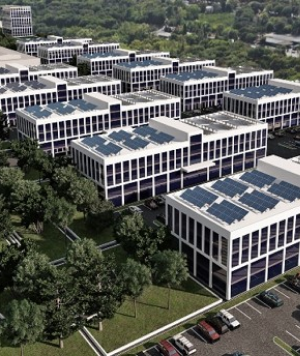 The city’s strategic plans for the coming years include construction of a new-generation business park Ecopolis HTZ, which will house an industrial park, a technopark, an educational center, a reconstructed production facility, a medical center and a shopping and entertainment center situated on the total of 150 hectares of land.

Kharkiv is a famous for its IT industry flourishing here. As of 2019, there were about 480 service and product companies operating here.